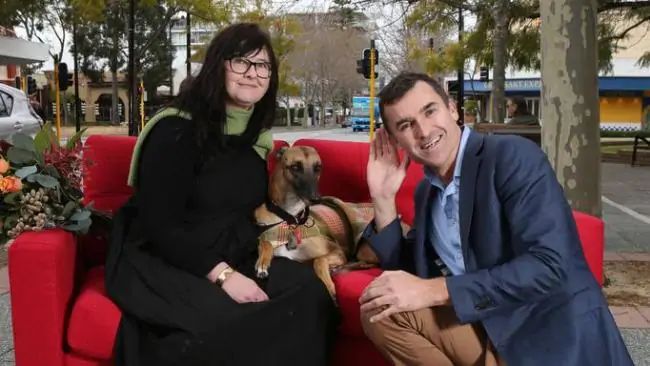 A LACK of street life, homelessness, and crime and safety have emerged as some of the top issues blighting the city, according to participants in several workshops and a wide ranging online survey on how to improve Perth.

The survey, conducted by the new member for Perth John Carey, attracted more than 1000 respondents and echoed concerns raised in three city precinct workshops attended by hundreds of city residents and business owners.

On Saturday, the Perth City Summit will pull together all issues raised in the workshops and survey to map a way forward to revitalise Perth.

“I was surprised,” Mr Carey said of the focus on crime and safety.

“I know there are different points of view but whether people view it as a reality or a perception, it is there, and that’s actually dictating people’s choices on whether they visit the city at night or visit the city at all, so that’s a concern and that’s something that affects all levels of government.”

A lack of street vibrancy was the biggest issue identified in the online survey, with 62 per cent of respondents marking it as an area of concern. It was followed by homelessness (46 per cent), streetscape improvement (44 per cent), the need for more social events and festivals (40 per cent), supporting small business (38 per cent) and crime and safety (38 per cent).

But crime and safety topped the list of concerns at the workshops, with 83 per cent of tables saying it was an issue that needed to be addressed.

“(Vibrancy) has been a powerful theme, we have seen some massive big projects which are transforming the city but that in itself doesn’t bring life and vibrancy, it’s actually at the street level that counts,” Mr Carey said.

“When you go overseas and you go to New York or London or even smaller cities like Barcelona, the thing people really love to do is wander along the street, come across independent retailers and shops, stop at a café, check out a piece of street art or listen to a busker that’s really lovely.

“That’s the street experience. If you go into East Perth, if you go into west end or parts of the city, you don’t get that kind of experience because there are not people around.”

Positive aspects of Perth identified by the workshops include walkability, good access to public transport, the natural beauty and weather, the burgeoning cafe and small bar culture and vibrant public art.

Mr Carey said a number of ideas were raised in the workshops in West Perth, East Perth and Northbridge that should be explored further, including the creation of a “Mayor of the Night” position.

“It’s an advocate and a champion who is responsible for looking at those night-time economy activities and safety. You could look at changing the City of Perth Act to create this role,” he said.

Another idea was to create a not-for-profit group called Renewal Perth, which would help connect vacant properties with pop-up shops, artists and creative hubs.

Mr Carey said he hoped each city precinct would form a working group to help create change, with business owners, residents and government working together.

“At the summit we’re going to say, ‘Here’s the research, here’s the top 40 ideas we’ve had coming through, we’re asking you to whittle that down to the top 10 ideas to transform our city and champion change’,” Mr Carey said.

She said the working group was looking at bringing in more events and increasing business opening hours to help revitalise the area hard hit by office vacancies after the mining boom.

“I’m not sure how much the Government can do in these situations,” Ms Fulton said.

Chris Hynes, head of office and industrial leasing at Dexus which owns 240 St Georges Terrace, said government, businesses and residents had to work together for change.

Mr Hynes said Perth needed to be known “for something more than mining”.

“Perth is well positioned to become a better destination for education, health care particularly out of Asia,” he said.

“If you look at what other States are doing and at a global level, technology companies are the big new employers so we should be doing everything as a government to support those sectors.”