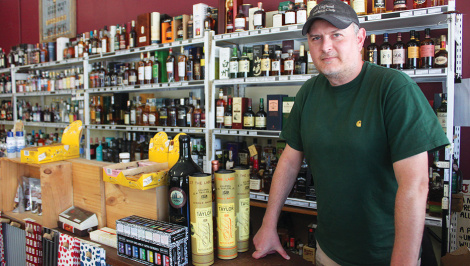 A Dan Murphy’s liquor barn planned for the upcoming West Perth Woolworths has locals concerned it could crowd out a 110-year-old independent store.

Woolies is planning a supermarket on the corner of Murray and Thomas Street in West Perth; the old Princess Margaret Hospital staff carpark sold by the WA government for $12 million.

Woolies also wants an adjacent 399sqm Dan Murphy’s there and is currently gathering support with surveys going out to nearby mailboxes last week.

The survey questions indicate the liquor store will be well integrated with the supermarket, asking respondents if they’d find it convenient to be able to do their grocery and liquor run as part of “one-stop, single trolley shopping”.

The survey says Murphy will bring “a curated range handpicked with the local customer in mind”.

Gangemi’s Fine Wines and Food, established in 1911, feels they already offer that at their storeabout 100m away, and they’ve got support from local community group West Perth Local, which supports the supermarket but not a competing grog shop.

West Perth Local chair Steve Wellard says the group is working with the developer on the overall site concept.

“We totally understand Woolworths intend to have a liquor distributor incorporated into that site. Our only request is that whatever liquor offering is finally included does not compete directly withour great, locally owned, fine wine distributors, namely Gangemi’s but also Liquor Barons near Gordon Street.

“Our preference is for a smaller scale ‘budget-booze’ BWS be included on the site instead of the Dan Murphy’s as described in the survey document.”

Gangemi’s owner Edward Johnson told us “I don’t want to tell a sob story that it’s going to kill my business – competition is fair enough, but I just don’t see a need for it in the area.

“It will be a huge dent in trade. I would have to seriously consider my business model and range.”

“I took over this store nine years ago… I put a minimum floor price on. We don’t sell any wine that’s cheaper than $10 a bottle… all of our spirits are priced $45 upwards”. There’s good evidence from many studies that a floor price has reduced alcohol-related harms in areas it’s been introduced.

Mr Johnson says he’s further able to weed out problem drinkers by having a one-strike policy and they have the local knowledge to enforce it.

“We know everyone in the area. We have a one strike policy, that if anyone causes trouble or drinks in the street they’re cut off immediately, because it’s a bad look for us as a business.”

He also believes there’s problems with having a liquor store and supermarket so closely integrated, as he says it “normalises alcohol shopping as part of grocery shopping”.

The McCusker Centre for Action on Alcohol and Youth also holds concerns about the growth of liquor stores attached to grocery stores and booze making its way into supermarket catalogues on to receipts. The centre wrote to the WA parliament’s Education and Health Standing Committee in 2018 saying “alcohol is not an ordinary commodity like bread and milk, and the harmful use of alcohol comes at an enormous cost to society. We have concerns that the close association of liquor stores with supermarkets may contribute to the normalisation of alcohol in our community.”