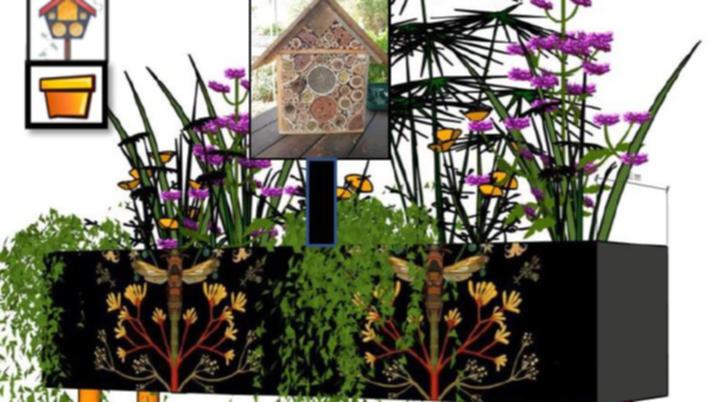 West Perth will be home to Australia’s first urban native bee village with native flora flower beds, street art and even planter box ‘bee hotels’ as part of a $150,000 plan.

Capitalising on the suburb’s proximity to King’s Park and a $150,000 State Budget funding announcement, the Native Bee Scene Project is seizing the opportunity to provide environments for native bees and to educate people about the importance of our buzzy friends for pollination.

The project will be handled by West Perth Local and WA Loves Nature.

“We have all the natural elements for it to be a great success,” West Perth Local chairman Steve Wellard said.

“No other metropolitan suburb in the country can claim to be as uniquely placed as West Perth.

“We are aware of other bee villages that have started in other States but none that are inner city or so close to botanical gardens.”

The Native Bee Scene Project will include street art portraying Australian native flora and fauna, artwork pieces depicting the six Noongar seasons and a range of upgrades to the West Perth Village Centre on Hay Street.

As part of the improvements locals will also see the creation of ‘bee hotels’, enclosures that provide shelter and safe hatching locations for young native bees.

Native bees, unlike the more popularly known honey bees, often do not belong to hives, instead relying on crevices in trees to rest.

A selection of murals is already in the area as part of the program, alongside a bee-friendly parklet featuring yellow seating and native plants.

People are often scared of being stung by bees but according to Mr Wellard, locals have little to worry about with native species.

“Part of the Native Bee Scene Project rollout is to provide educational signage that explains how rare it is for native bees to sting, unlike introduced bees,” he said.

“We believe that through education and awareness we can alleviate any concerns people may have regarding these native bees that are in most cases already living in West Perth.”

Plans for the Native Bee Scene Project date back years but only really came to life during 2018 and 2019 before the COVID-19 pandemic halted any State Government funding.